How Localization Can Make or Break your Business 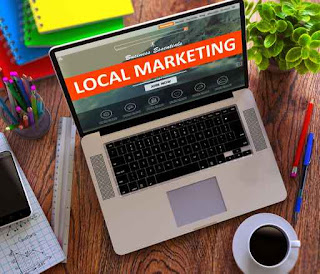 To localize something is to make something local in character. This is, in essence, what localization is with regards to a translated piece of content. Taking a translated text and changing it to account for the cultural subtleties of the local target language. Localization is a buzz term that's very popular in the translation industry right now, but at the same time it is often overlooked by companies, with some costly and embarrassing consequences.

The Relationship Between Translation and Localization


When we translate text from one language to another we are trying to effectively communicate the meaning of the source language text in the target language as naturally as possible. Localization takes this a step further by adapting the text to a specific country, region or culture so that the intended audience can understand it on a native level. This is not always a case of simply adapting vocab and conjugations; localization needs to account for spelling, currency, metric vs imperial measurement systems, date and number formats.

The Importance of Localization


Any organization that is looking to expand its operations globally will need to translate its materials into various languages, but also have that text localized for pockets within each market. For example, a company looking to expand its product lines into Brazil and Portugal will need each campaign to account for quite a few basic vocabulary differences; bathroom is banheiro in Brazil and sala de banhos in Portugal. Non-English speaking companies are confronted with a choice between U.K or U.S English, the examples are numerous and varied. Localization is an essential service that any self respecting translation company should offer. Localization is a service that's not always included with standard translations, so it's essential to keep this in mind when comparing your options.


History is littered with examples of companies that have overlooked localization and some of the results have caused more than just a few red faces around the boardroom table.
> Apple in the 1980s introduced the Apple II into Asia and Europe. When they introduced the European model they named it the Apple II Euro Plus, however they shipped it with the American keyboard. This turned out to be a very costly and embarrassing oversight. The keyboard was missing the accents, special punctuation keys and characters needed for many European languages. The Euro Plus was a flop and production ceased in 1983.
> Ford in Germany introduced the Ford Probe into the market without fully contemplating that Probe translates to mean 'test' or 'rehearsal' in German. Customers thought they were purchasing a test car.
>Starbucks Germany has another of the most famous localization blunders. Starbucks decided to sell its café latte, simply titled 'latte' in the US, under the same title in Germany. The issue is that while latte is Italian for milk, it's also German for 'pole' and German slang for an erection. While this potentially embarrassing situation turned out to be an unintentional marketing win for Starbucks, they certainly never planned it that way.


Localization is an essential service for so many businesses today. We're living in an increasingly globalized world, with companies that are eager to increase their reach into new and attractive foreign markets. Simply translating a piece of text is the beginning; winning the approval of customers will often require a more localized approach.
Posted by Unknown at 5:54 AM