Why Are English Words Spelled Differently in the US and the UK? 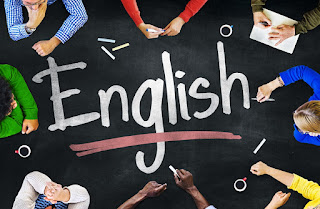 Living in the age of spell checker and auto-correct has made us less sensitive to the subtleties of spelling, but the differences between US and UK English spelling is still difficult to ignore. If we speak the same language, why are there different spellings of the same words and how did this all happen?

The history behind the differences


In the 1700s English spelling wasn't standardized between England and America. This was made evident through the publication of two different and very important dictionaries of the time. 'Johnson's A Dictionary of the English Language', published in 1755, is the guideline for today's British spelling, while most American English spelling follows 'Webster's An American Dictionary of the English Language', published later in 1828.

Prior to the publication of the Webster's Dictionary, spelling of a wide range of words had two accepted forms. Words such as center and centre and humor and humour were different because the English origins were sourced from Latin and French. On the other hand our friend Webster chose his own forms of the words based on nationalistic and philological reasons. Although Webster did not invent the spellings he chose them to represent American English based largely on his belief that they were more simple, and also that they were unique and even superior to British spellings.

The influence of change in the US & UK


Because Webster's dictionary was successfully adopted in the US, the variations have now become recognized as the convention. The work of Webster and his dictionary have shaped the spelling of a language, and we can thank him for color, center, analyze, inquire and defense.

Originally many of the spellings of words in Webster's dictionary were acceptable in Britain, however over time they were dropped due to the perception that they were Americanized. Although words ending in -ize are considered to be technically correct, all major publications naturally use the British spellings, with -ise in place of -ize and -our in place of -or.

One theory proposed by author D.G. Scragg is that Britain will eventually succumb to spelling changes because of type-setting labor, ink and paper demands. It might seem hard to imagine that these small inconveniences will have an impact, but it's already creeping into UK tabloids newspapers, where they're starting to use shortened word forms (such as program vs. programme).

What about the Commonwealth countries?


As a rule the Commonwealth nations follow British spelling conventions. Canada, the largest Commonwealth nation, was using American spelling through most of the 19th and 20th centuries though. This was due to their close economic bonds with the US, but in the 1990s things changed and Canadian newspapers made the switch back to British spelling. Today Canada has its own distinct spelling rules, now clearly laid out in the Oxford Canadian Dictionary.

Australia was also using some American spellings during the 19th and 20th centuries, with -or instead of -our very common -- until more recent times when they made the switch back much like Canada. A lingering vestige of this period though is the spelling of one of Australia's major political parties, the Australian Labor Party (as is the current spelling).
Posted by Unknown at 2:32 AM